Kanban has come a long way to become an essential part of the lean management methodology it is today. It’s worth taking a glimpse at Kanban’s rich history, starting during the Edo period in Japan. 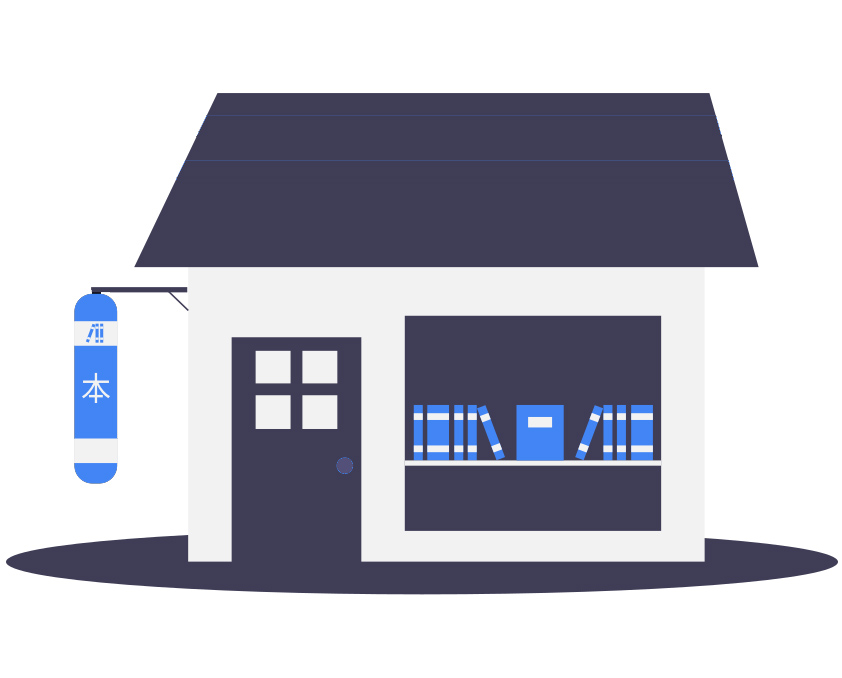 In 1603, after 14th-century’s devastating near-constant military conflicts and social upheaval have finally ended, Japan entered a period of stability and economic growth. As the country’s economy flourished, the streets of Japanese towns became crowded with shops and local businesses fighting for customer awareness and attention. It’s on these streets where the term “Kanban” was born.

Why is it called Kanban?

The Kanban name comes from two Japanese words, “Kan” 看 meaning sign, and “Ban” 板 meaning a board. As the streets became more crowded, shop owners started to make custom shop signs - “KanBans” - to draw passersby’s attention and tell them about the kind of services rendered by each shop. Soon after, Kanban sign designers started to compete by artistically crafting their signboards, to make them stand out from other Kanbans on the street - a practice very much still alive today with modern neon designs. Looking at the rich collection from those times, you will see a fisherman’s Kanban looking like a fish, or an artistically styled wooden pipe Kanban, made for a pipe shop.

All these Kanban signs had one thing in common - just like modern Kanban cards, they were able to communicate their content clearly and concisely.

To produce only what is needed, when it is needed and in the amount needed. Taiichi Ōno

“Everything keeps going right: Toyota” was a slogan for Toyota years ago, and it stuck. But this was not always so.

In the 1940s Toyota was far from the industry giant we know today. After the second world war, the Japanese car industry was in stagnation. Toyota was firmly making a loss, could not compete at all with any of the American car manufacturers, and was in such poor shape that they were not able to hire any new staff. But Toyota’s CEO, Kiichiro Toyoda, was on a mission to change that. He did realize that the tenfold difference in productivity between USA car manufacturers and Toyota cannot be explained solely by the lack of equipment - the matter was more complex than this. Yet he set the company on a quest to equalize productivity with American automotive manufacturers in three years. Even though such an ambitious goal was hardly attainable, it has set the company on a course grounded in innovation and optimization of work organization for years to come.

This change in company culture has cleared the path for Taiichi Ōno, a young industrial engineer who has just been transferred to Toyota Motor Company in 1943. 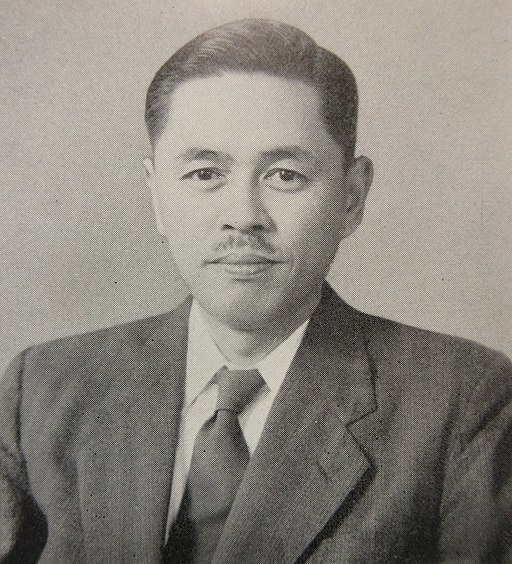 Taiichi Ōno had a strict-but-fair character and quickly rose through the ranks at Toyota. In 1949 he became the machine shop manager, which allowed him to start experimenting with new tools and principles of work organization. In 1954 he was promoted to a director position.

Ōno identified and categorized seven kinds of waste (jap. Muda), which lead to a decrease in system throughput and performance.

Overproduction was a waste, as customer demands may change over time, but so was keeping a large inventory of raw materials. The only solution to this apparent paradox was to produce what is needed and only when it’s needed. It required keeping the stocks to a minimum while ensuring a smooth and high flow of work through the whole process. But this approach had its problems. How to signal that a new product is required? How to propagate this signal back to the production line and eventually to the raw materials suppliers?

With help came retail supermarkets. Ōno visited the United States in 1956, and he was impressed by how supermarket chains Piggly Wiggly was able to keep the shelves stocked with just the right amount of each product. After coming back to Japan, he began to use paper cards for signaling and tracking demand in his factory, and named the new system “Kanban”.

Kanban cards were attached to every finished product, and once it was sold, the cards would move back to the production line. Team members could only work on the new item as the card signaling a demand for it moved back to them, and only once the number of pending Kanban cards reached a defined threshold. Every material used during production also had its own Kanban card attached, so that the demand signal would ultimately flow down through the whole production chain, ending on external suppliers.

Such a system reduced stockpiles, improved throughput, and provided high visibility into the process. Its usage has quickly spread through the entire Machining Division. In 1963 a plan was developed to propagate it further to the whole company, and shortly it was adopted in nearly all processes at Toyota.

The power of the Kanban application was such, that Toyota went from operating at a loss to the global competitor it is today. Taiichi Ōno rose through all of the senior ranks of the company and became an executive vice president in 1975. His work gave rise not only to the new meaning of “Kanban” but also laid the foundation for modern management techniques, known as Toyota Production System.

As the Toyota Production System was gaining popularity and word about it was spreading, project managers from different kinds of industries tried to apply its core teachings to their work.

The most significant breakthrough came from the Software Industry.

Around that time, project management in Software has already been gradually shifting from cumbersome and inefficient processes like the CMMI toward a more light, “agile” approach, which got formalized under the Agile Manifesto, published in 2001. 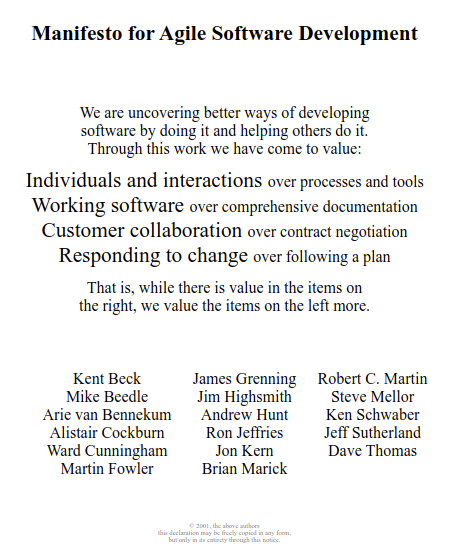 The Agile Manifesto and its underlying principles provided general advice like “Welcome changing requirements” or “Deliver working software frequently”, but did not specify how this should be achieved. Hence, several work management systems quickly evolved to fill this void, embracing the Manifesto and becoming the core of Agile software development at that time. Most notable of them were Scrum, eXtreme Programming and, a little later, Lean Software Development.

Elements of Scrum, Lean Software Development, and Agile Management had a significant impact on what was about to become the Kanban method.

This early Kanban gained acceptance as a system of its own, as it helped with the things that Scrum was not particularly good at shortening the cycle time from customer request to delivery and ensuring a constant flow of work.

In classic Scrum methodology, after a sprint planning session, the Spring backlog gets frozen, no changes to it can be made. That state lasts usually from 7 to 30 days, as the team progresses through the backlog, and at times it can be frustrating both to developers and final customers. What to do if there is an emergency, and a specific feature needs to be implemented quickly? What to do with all the bugs discovered in the live product - do final customers need to wait over a month to get them fixed? And finally, how to handle processes, that are more dynamic by their nature, like website marketing or server administration?

Kanban method, with its Kanban boards and focus on flow, became an answer to this, providing a highly structured, visible, and flexible way of managing work.

As the adoption of Kanban-style software development slowly grew, a few pioneers have helped to spread the knowledge about it, and shape its ultimate future.

These initial successes have driven wider attention to Kanban.

The truly golden year for Kanban was 2009.

In January 2009, drawing from his experience at Corbis, Corey Ladas published “Scrumban: Essays on Kanban Systems for Lean Software Development”, which was an attempt to mix Scrum, Lean and Kanban.

Around April 2009, Henrik Kniberg published “Kanban vs. Scrum – a practical guide”. The article covered the basic principles of Kanban in an easy to understand way. For many people, this was the place they first learned about the Kanban method.

In May, the 2009 Lean Kanban conference, organized by David Anderson, took place at the Mandarin Oriental Hotel in Miami. It featured the latest developments in the application of Lean Thinking to software development.

Following the conference, an informal Limited WIP Society was formed, with the mission to unify and spread knowledge about the Kanban method. The society provided a platform for the aggregation of articles on Kanban, which helped to spread awareness of the method further still.

In the summer of 2009, Jim Benson began publishing articles about Personal Kanban, which focused on applying Kanban principles to the organization of personal life, which later became a method of its own.

Also in 2009, the first web-based applications to manage projects and business processes with Kanban method have emerged, making ground for wider adoption of Kanban principles outside of the Software Industry: Agile Zen, Kanban Tool and LeanKit Kanban.

Kanban Tool® was one of the first web-based management solutions that focused on visual management of business processes and utilized principles of the Kanban method. It has evolved over the years and is still regarded as the top choice in the project management space. Give it a try and empower your team.

Past 2010: Kanban for everyone

As knowledge and usage of Kanban grew, it became apparent that Kanban works well not only in Software Development but basically in any repeatable process. Manufacturing, sales, marketing, recruitment - every kind of process could benefit from Kanban. Even the U.S. military was eager to adopt its principles. While more and more success stories were being told, it started to become clear, that the Kanban method needs to have some underlying principles defined.

In March 2010 Henrik Kniberg and Mattias Skarin published a free mini-book “Kanban and Scrum - Making the Most of Both”, that later got translated into 14 languages.

In April 2010, David Anderson published “Kanban: Successful Evolutionary Change for Your Technology Business”. Even though it focused on technology businesses, it offered some general guidance on the implementation and use of Kanban.

In 2011 Jim Benson and Tonianne DeMaria Barry published “Personal Kanban”, showing that Kanban can also be successfully applied on a personal level.

Numerous other books and online articles about Kanban began to appear, documenting individual experiences with Kanban, and its various applications.

Finally, in 2016 “Essential Kanban Condensed” was published, distilling the application of Kanban into five practices:

Unless you have implemented all these routines, you may have a Kanban board, but you’re not benefiting from the complete Kanban system.

To learn more about applying Kanban to your work, read Kanban Fundamentals.

Kanban for the software industry: