How do Flowcharts Work? 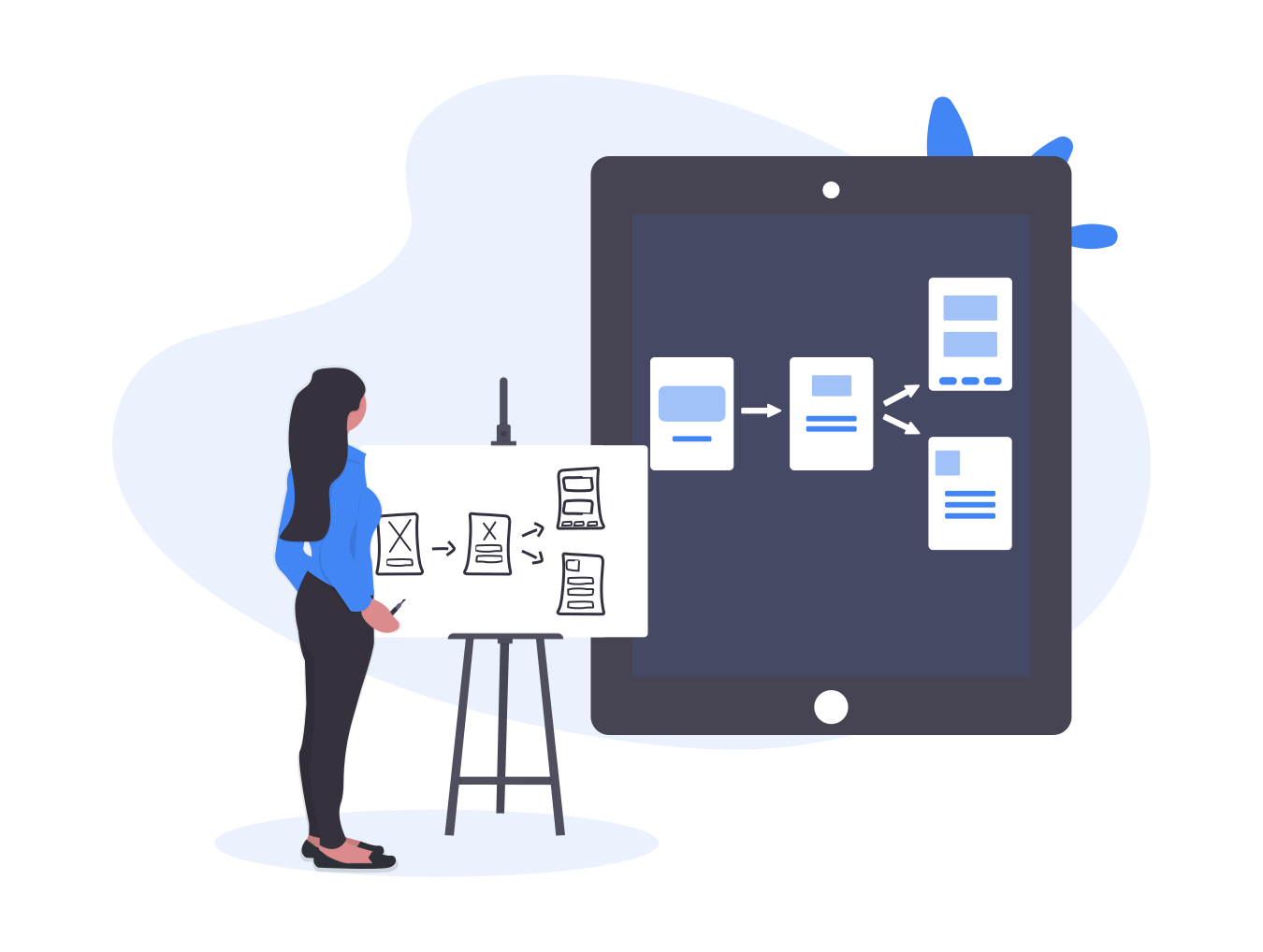 Flowcharts are part of the process map family. The process mapping technique was invented in the late 1800s by Frank Bunker Gilbert, an industrial engineer.

Value stream maps tend to describe the core set of principles driving the supplier-customer flow in a birds-eye view, expressed as capacity, lead times, etc. Flowcharts, on the other hand, describe the sequence of steps with a defined context, e.g., a quality assurance, a software routine, etc.

You can think of flowcharts as advanced step-by-step diagrams to approaching a problem, a task, a process, a system, or as algorithms.

In Lean and Six Sigma, flowcharts depict process actions and decisions along with the order they’re required to happen in to achieve an end product. Charts represent actions as different shapes that flow from top to bottom or left to right, with the occasional use of swimlanes (rows), representing various responsibilities. The use of icons makes flowcharts more concise than a written narrative, and it often helps to transcend language and other communication barriers.

Lean’s fundamental routine is to visualize work. Doing that in a flowchart makes for a better understanding of what is coming next in the process. It helps to identify bottlenecks and potential rework areas - both of which can decrease the total value to customers and increase waste.

Another clever way to identify process bottlenecks is visualizing the process on a Kanban Tool® board. With all work items represented as cards in the completion stage indicating columns, you will immediately see which steps get blocked and need improvement.

Flowcharts are used in Lean not only to model the present - also to find improvement opportunities. Having an as-is chart and mapping a future state can help convey the changes that will need to occur and the improvements that will follow. Flowcharts are convenient in every phase of a Lean project lifecycle: Define, Measure, Analyze, Improve, and Control.

Flowcharts can also work as validators or toll gates in your company. If the team wants to change or update a process, leaders could request that one of the outputs is an updated flowchart depicting the benefits and changes that would transpire with the new process approval.

What symbols are used in flowcharts?

How to create a flowchart?

While knowing these shapes could very well be all you need to build a chart, do consider the below key points to ensure your flowchart is an accurate depiction of the process, as seen by all involved.

Define the process, decide on its scope, and name the involved parties.

Maintain the order that they are going to present in. In many cases, this will require you to take trips across the office floor to see how an item is processed.

Step 3: Translate steps into shapes in a diagram

Use the available shapes to visualize your flow. Most people using these will be familiar with their meaning, but it’s best to include a key to eliminate misunderstandings.

Grab your chart and ask the team for verification - did you miss anything, did you get anything wrong, have they got anything to add? It’s not always easy to be objective, so do ask others for input.

Example Below is a flowchart showing the processing of a basic software request. 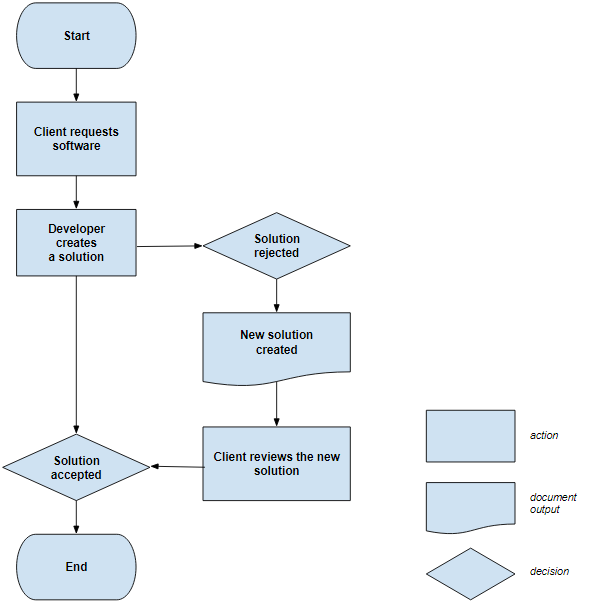