What tangible effects does using Kanban boards have?30 Mar 2021 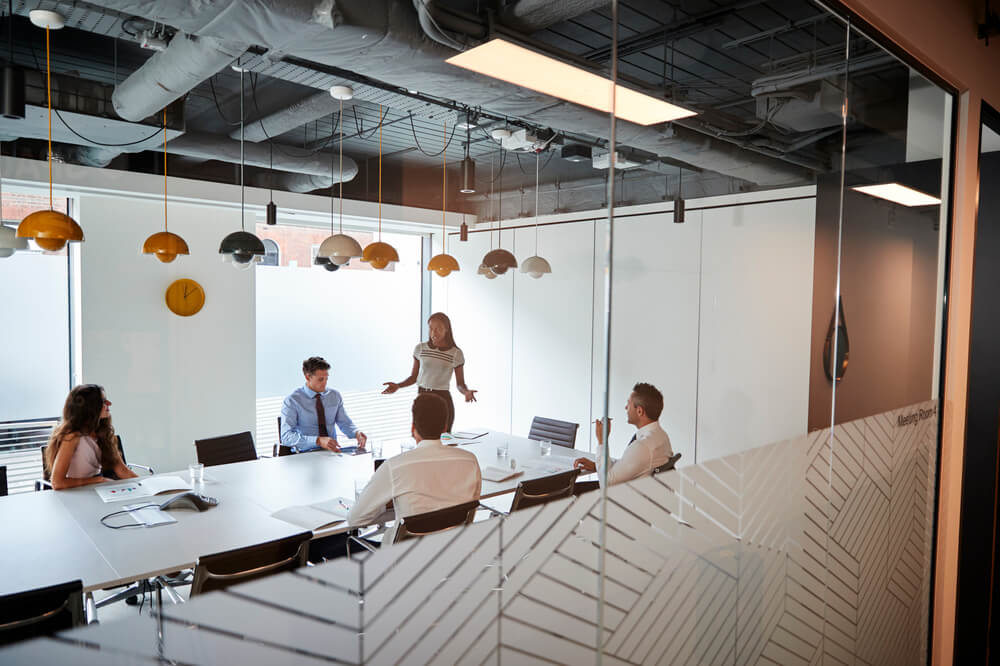 A typical storyline behind teams wanting to start using Kanban is that they received an incentive from the management to "get more Agile". And, let's be honest, this is not at all a bad reason to start! Chances are, that journey will not end there - but that one team using Kanban for their project will slowly expand to an entire department or even an organizational strategy change.

But what are the real-life effects that adopting Kanban will have on the team? Is the transition hard, and will it pay off? Based on our decade-long experience with teams adopting Kanban, we can say right away: it's not hard (usually!), and it does pay off greatly. Below are the most commonly seen effects of teams starting to use Kanban boards.

You'll have immediate insight into the status

Increased status visibility is, of course, strongly related to a Kanban board's visual nature itself. The entire premise of a Kanban project board is to split the working items based on their completion stage, e.g.: 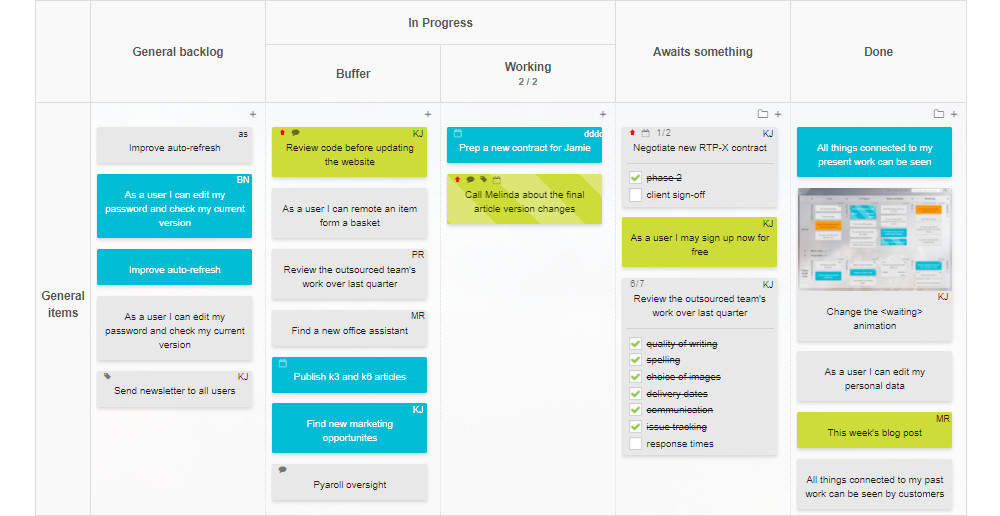 Thanks to this, you can grasp a given project's completion status in literally one glance. Consider the amount of time it would take to get this information from the team without the board - the math should be quite convincing.

It will be much harder to overburden people

Given that the board can make it clear which team member has exactly how much on their plate, the manager would have to work extra hard to overload the team. Furthermore, because Kanban strongly suggests making use of Work in Progress limits, the way the team engages with the backlogged tasks is also automatically under control. Just set a limit that is appropriate to the kind of work you do, and ensure the team sticks to it.

The predominant use of WIP limits is in getting more tasks done, as opposed to just started. Still, the WIP limitation is not only banning pesky multitasking, which that tends to lead to wasteful and tiring context switching, it also strengthens the team's sense of accomplishment, which means a lot when it comes to employee retention and happiness, hence efficiency. WIP limiting is also perfectly aligned with Kanban's pull nature - instead of a manager pushing the required tasks onto the team, they pull tasks as and when their limits allow them.

Both individual people's and an entire team's ability to focus on the right thing will be aided by how the work is presented to them on the board. Thanks to how easy prioritizing gets with a visual board, the team will get a lot of practice with it, which will also transpose to all other areas of the team's activity - that outside of the Kanban board. And with that, changing direction mid-project will be a non-issue to all the involved parties.

Ok, this may not be tangibly noticeable to everyone involved, but you will see it in your company's bottom line. Through better focus, flexibility, and limiting work in progress, the team's efficiency will increase. And yes, the team members will be able to feel it themselves. That ties closely to the effect that the sense of accomplishments induced by moving several tasks to the Done column has on humans. It's satisfying!

Higher productivity is also aided by your seeing what everyone is doing at any time, so if the team gets stuck at a specific point - the bottleneck - you know there and then where is the process' weak spot, and can address it accordingly for both right now, and for all future projects too, which brings us to the next effect.

Projecting your team's work onto a real-time updated Kanban board shows you the strong and weak points of the process. If a virtual board is implemented, the board will analyze the process parameters for you automatically (see Kanban Tool's Analytics here). So without any extra work on your part, you see which process step needs more hands, and where there is too much slack. This gives you sufficient hints on how to tweak the process to make it run more smoothly. Do this iteratively, and with each time, the process will be better, more suitable to your current situation, and more effective.

This is how Kanban makes it possible to bring about big changes in tens of small steps - gradually and sensibly, rather than by calling a 180-degree turn at a switch of one button. It gives the team time to adjust and find the absolute best way forward for them and just them, not any template company.

You will see less waste

The origins of the Kanban method is the Toyota Production System - the main focus of which was the identification and reduction of the 7 kinds of waste. Although how this was being achieved was not limited to the use of Kanban cards, they had been a big part of it. By an analysis of your completed process vs the goals that your stakeholders had for it, you can train yourself and the team to identify the process steps that add value for your customers. Hence, in future processes, it will be easier to tell which tasks, jobs, and actions not to bother with, as their outcome will have no value to the end product. By doing that you will limit waste in the process scope, and hence in its cost, without stripping the end product of anything that the customer will miss.

Another thing is the value in tasks that got started but have not been finished. According to Kanban and Lean, those items are not the product of your work, but a waste. Hence by always limiting the number of things that people can process at any one time, you are creating an environment where people tend to avoid having uncompleted tasks. This, in turn, should mean less waste for the entire company.

Your process will get more flexible

When chopping up the work into stage-assigned pieces, you're making it much easier to change the direction of a project mid-way through the process. Rather than having to redesign the entire process and start from scratch, you can simply adjust the items in the project backlog. But this also has a purely psychological aspect to it - say you had started a project in the waterfall manner, where each next step is based on and tied to the previous one. Here, considering a change in direction mid-process seems like breaking the process and skewing everyone's agendas. But when your process is composed of individual tasks, usually unrelated to one another, a change in the end goal does not seem like a big deal. You'll just remove some tasks, keep others, and add a bunch of new ones. Far less terrifying for any project manager. And a change in direction is something that has to be taken into account in today's utterly competitive market.

Your communication will be faster & streamlined

Because you see the project status fast, you can also comment and ping people about its specific aspects just as quickly. Using a Kanban board allows you to skip process reports and status updates completely - most of the pertinent information is already on the board, or the task cards themselves. If there are any questions - paste them directly into that given task and await a reply, without having to reference what you're asking about in any other way. This does save a ton of time every day. Team communication becomes easier in this way, so team members tend to get less frustrated in their attempts to collect the needed information, which - again - helps to keep the morale intact.

Adopting the Kanban ways will be simple!

Last, but not least, by any means. The simplicity of the Kanban method is arguably the key reason behind its success. Anyone can understand the basic to do - doing - done concept, as well as the thought behind WIP limits. And once you have that, everything else comes naturally. In our experience, providing an online Kanban service, there is no industry and no process that does not benefit from a Kanban board aiding its works. And the board layout itself, although bringing a few basic assumptions, does leave a lot of customization available to your specific process and can take a lot of outside-of-the-box ideas on board.

We are big fans of keeping a series of projects on one company-wide board, so we're always advocating for the use of board horizontal rows - swimlanes. Because what's better than an efficient and clarifying Kanban board for a project? That same board, giving you an overview of a couple of projects at the same time!

Are you still not convinced that introducing Kanban to your project team will make a difference? Well, there is only one way to find out - try it, and find out how it goes for you.