How come we hate meetings so much?
They take up too much time and leave little time for doing actual work? They have no purpose? We never get to change anything anyway? Because they turn into blame shifting exercises? Whatever your reason, there are easy solutions to keep in mind, when wanting to have a productive sit down with the team. 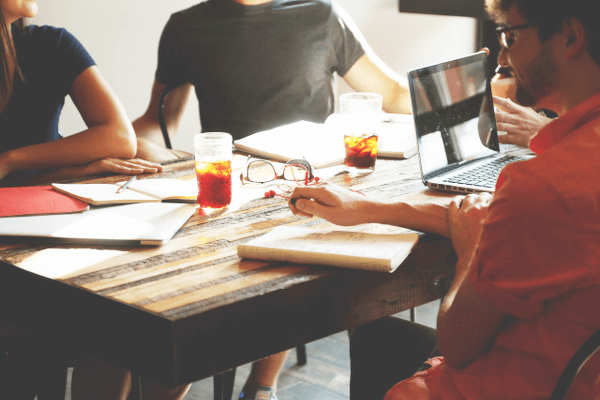 A sensible meeting should only include a few people, anything above "a few" will kill efficiency, by not allowing the attendees to contribute in any way, meaning it's a complete waste of their time. Not only that, but having a large number of people in a meeting promotes "social loafing", which means that people as part of a larger group tend to leave the burden of contributing (and working) to others, whereas individuals need to remain self-responsible.

Phones, iPads and laptops tempt the attendees to want to multi-task in the meeting, but this is simply not possible. The result will be both that the device user will not fully take part in the meet and they will also demotivate and distract other attendees.

Not surprisingly, for any Agile fan, it's been proven that holding stand-up meetings is more effective, by naturally shortening the time spent, but resulting with the same conclusion, that would have been reached when sat down.

..and observers. Some of us speak whenever we feel like it, while some have to be asked for their input. It is an effective way of getting everyone's take on a matter to simply ask their opinion. In other words, making sure that each person in the meeting gets a chance to speak. Also, it's a necessity for the meeting moderator to manage the people attending, on top of bringing everyone into the discussion, ensure their focus and sticking to the subject planned.

Meetings shouldn't be longer than 60 minutes. Keeping things short will ensure that people have the energy to remember what's been discussed and to go and work on it. Anything longer than an hour means people are leaving tired and worn out, with getting some peace as their priority.

A reasonable cause for holding a meeting is needing for a piece of information to bounce between a set of people - meaning - get their opinion, transfer to others and get their take on the new opinion. So, unless the meeting has a collaborative nature and is absolutely crucial, and isn't just an update, don't bother to set it up, just use email.

It's imperative for any meeting to have a set agenda and a plan. People do need to know what will be discussed, as otherwise they will not be able to contribute, will they? It's just as important to stick to the plan, not get sidetracked nor give up the agenda. Depending on the meeting size, it's often recommended to also sketch the outlines of what are the next steps to be taken, stemming from this meet.

Try all or some of these to rediscover why we used to rely on meetings as a way of actually getting somewhere ;) Best of luck!